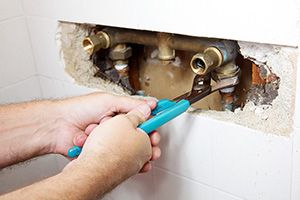 Do you hear ghostly noises at your home? A bump, thump, bang, or clang is most likely not a ghost, but your plumbing system sending you a message.

Various noises come from a plumbing system – some are good, and some may indicate that there is a problem. While most homeowners are used to the noises their home makes, many of these sounds can be easily reduced or require further investigation by a professional.

In general, when plumbing is installed properly, you shouldn’t hear a lot of noise from it. But some homes have older plumbing, and with older plumbing comes strange sounds.

Noises That Need to Be Checked

If you are hearing noises coming from your plumbing, it could be a sign that something is wrong, so it’s always best to call in a professional to take a look at it.