Hard Water – the Causes and Consequences You Know What to Expect When You Call Korrect
June 24, 2016 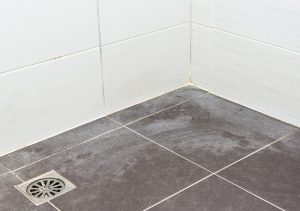 Hard water is water that has a high mineral content, formed when water percolates through deposits of limestone and chalk, which are largely made up of calcium and magnesium carbonates. The more calcium and magnesium dissolved in the water, the harder the water becomes. For this reason, certain cities and counties within the same state can have varying degrees of water hardness. It is common for homes that have a well as the water source, but in some cities and townships, water can remain hard even after it is treated at a water treatment plant.

Generally speaking, drinking hard water doesn’t cause any health risks. The intake of calcium and magnesium in hard water can even be a benefit.

Bathing in hard water is the other discussion point that receives a lot of attention. Hard water requires more soap usage and is harder on hair (particularly long hair) due to the mineral content. Some people don’t like the feel of hard water compared to soft water when bathing.

Over time, hard water can lead to inconvenient, embarrassing and costly problems like brown or rust-colored stains in sinks and tubs. It also can stain clothing and linens to the point that certain items will need to be replaced.

Approximately 85 percent of American homes have hard water. It will leave mineral deposits in your water heater, on faucets, on dishes and on just about anything else after it dries, including your car.

Some Signs of Hard Water Include:

What Are Some Things You Can Do to Alleviate Problems From Hard Water?

To take care of the problem entirely, installing a water softener in the home is the only option. But there are a few other things you can do to treat the symptoms:

If a hard water problem isn’t fixed, pipes may not be able to handle the buildup, causing a messy and expensive plumbing job.